Last Saturday was beautiful! Temps in the upper forties (F), sunshine and no wind!
But the ride that a few members tried to put together was thwarted by all the things folks (including yours truly) had to catch up on.  But it looked like Sunday would work for a few folks, so we made tentative plans to meet up in Kittitas–not even knowing for sure where we would head.  This time of year there’s no telling what the weather will be like, so this wasn’t an “official” club ride–too spontaneous!

The day dawned gray and blustery and only about 39 degrees, and I had some hesitation about the venture…but Hey! The trailer was hitched, so let’s go!

It’s always a bit warmer over Ryegrass Pass and down by the Columbia River, so we headed east from Kittitas, turned south at Vantage, wound along the river past the Wanapum dam to the trailhead known as “Army East”–the eastern end of the section of the John Wayne Trail (set on the old Milwaukee Railroad bed) that runs through the Yakima National Guard Firing Range. From here, the railroad bed gains altitude with a wide sweep through the old rail town of Doris, then climbs slowly but steadily to the Boyleston Tunnel, where it then drops down to the “Army West” trailhead outside of Kittitas. (I have always been fascinated by railroads–if you are too, you can click on the above map, zoom in, and follow the RR grade from where it crosses the Columbia at Beverly, up over the pass to the Valley.)

By the time we got to the parking area, the clouds had cleared and it was pushing 53F!
One rider had expected we might take off on the trail to the west, but instead, seeing as how most of the horses and riders are in winter [lack of] fitness, we instead rode the sandy flats between the road and the river. A couple of intrepid souls even braved the shallows! 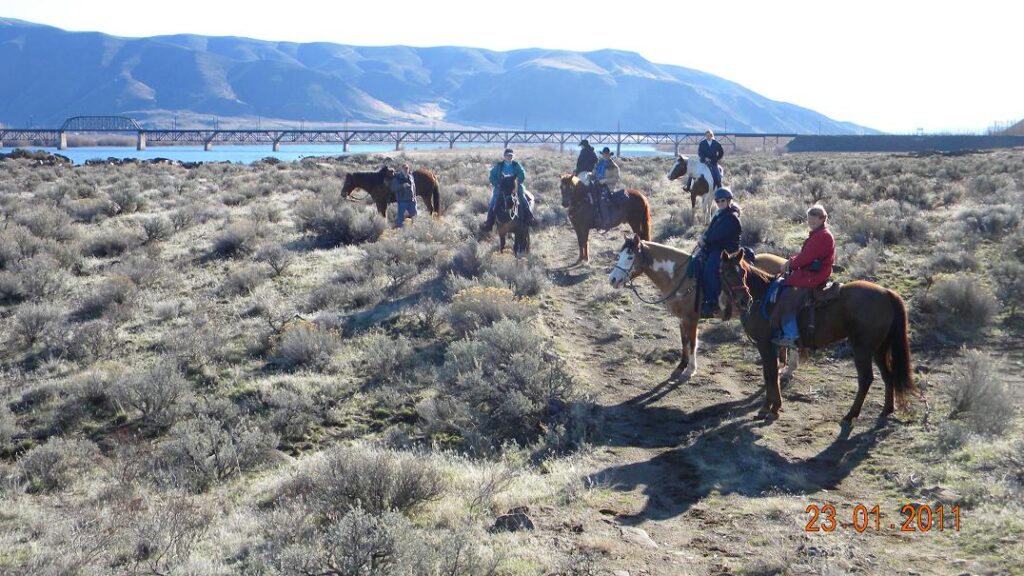 Although it wasn’t an “official” Kittitas Valley Trail Riders outing, all eight of us that rode are members.
Here we are under the abutment of the trestle that you see in the distance, above. 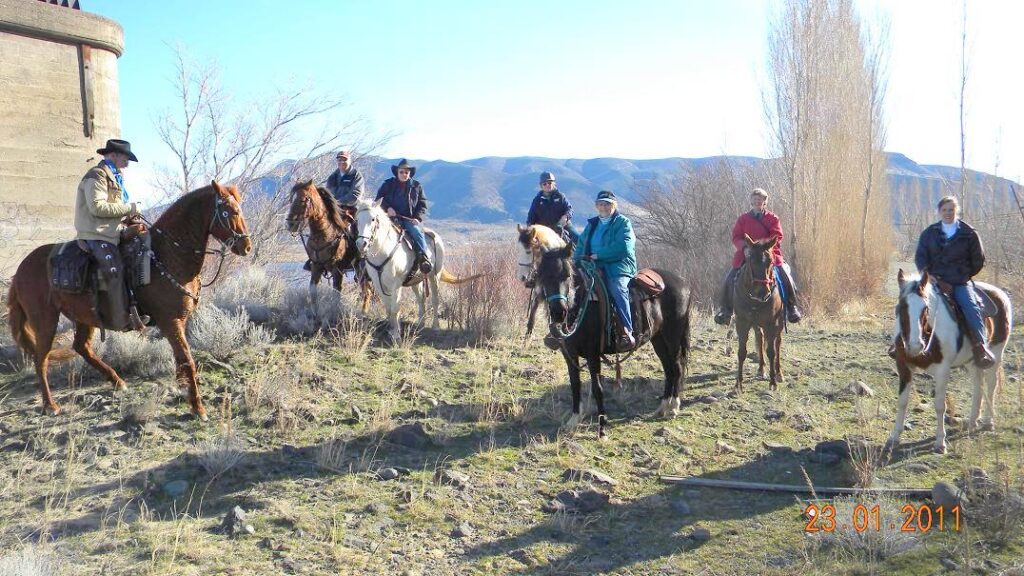 We found this little “rock hut” at the base of a rock face above the river. A member had lived right nearby as a kid, and doesn’t remember it from then, and the group has ridden in this area many times, and no one remembers seeing it before.  But the fact is that the dirt is well-settled between the rocks, and the “lintel” rock over the doorway has cracked due to freezing weather,so  it seems that it’s been here at least a little while. There’s another man-made rock structure to the right of the photo, but we could see two distinct “rooms.” 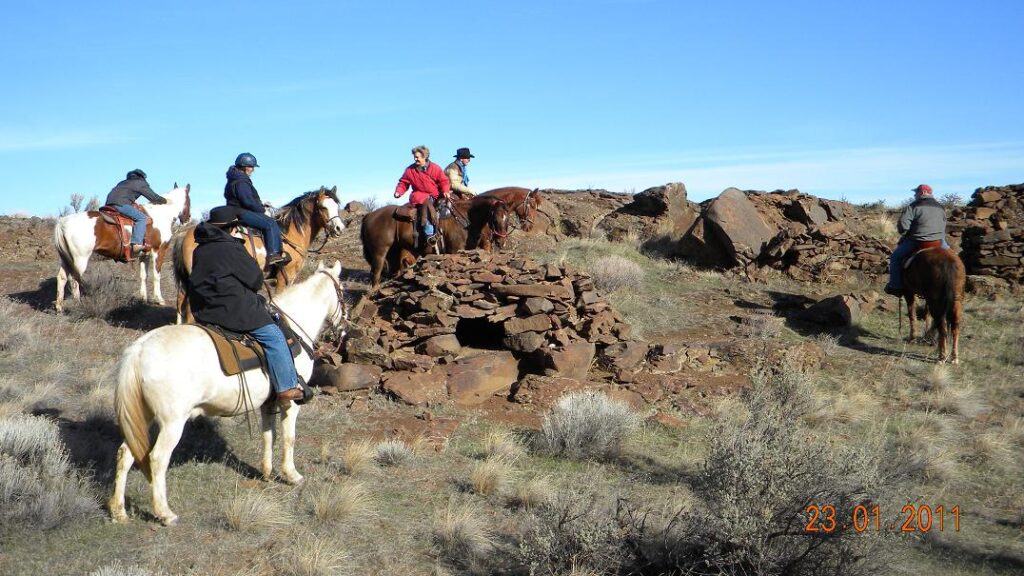 Heading back to the trailhead, we were walking directly into the wind which had now come up. 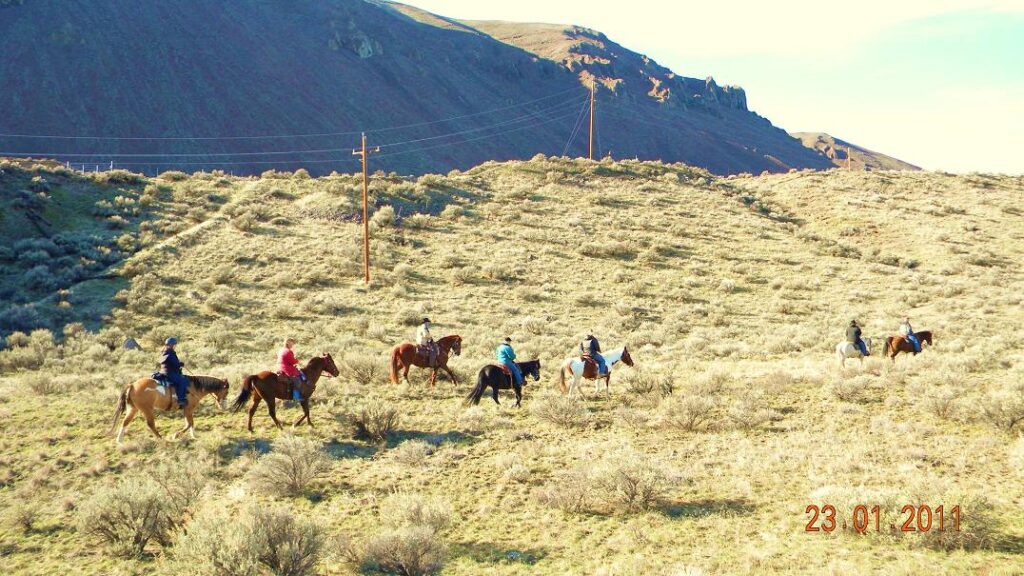 We were out about two hours, but maybe did only 5-6 miles, ’cause we just poked along.
It was a great first ride of the year, especially considering that it’s still January!